CALGARY, ALBERTA, February 1, 2022 – Global Helium Corp. (CSE: HECO) (OTC: HECOF) (the “Company” or “Global”), one of North America’s largest helium exploration and development companies, is pleased to announce it has discovered at least twelve additional structural highs (“Structures”) resulting from the first 53 km (33 miles) of a larger seismic program (see January 18, 2022 news release). The early success has prompted the Company to increase the size of its seismic program by almost 40% to 94 km (58 miles).

The Company has now purchased or shot a total of over 177 km (110 miles) of 2D seismic lines and still has over 41 km (26 miles) remaining to be shot and processed across the Company’s three core areas in Saskatchewan. Up to twelve additional Structures have been identified during the first half of this seismic program. Some Structures will be better defined, and the Company anticipates that additional Structures may be identified, once the remaining seismic lines in this program are acquired and processed.

As one example, this latest round of preliminary seismic investigation has further strengthened drilling targets on what was previously identified as the massive 17,000 acre (26.5 square mile) Lawson Structure (see October 6, 2021 news release) in Core Area 1, which hosts the Company’s Central Saskatchewan assets.

The Company is developing a significant amount of fresh seismic on its lands in southern Saskatchewan’s “helium fairway,” where the Company controls over 1.5 million acres of 100%-owned land and is one of the largest helium-focused landholders in North America. The purpose of the seismic study, in addition to other geophysical and geochemical data acquisition, is to identify and refine superior drilling locations across the Company’s landholdings.

The Company also employed AVO processing technologies to the seismic data, which provides more detail on specific reservoir characteristics, versus simply identifying stratigraphic layers, as seismic does at its most basic level. The AVO processing has identified highly encouraging sandstone reservoir qualities at Lawson and several other prospective Structures on the Company’s land.

Wes Siemens, Global’s President, commented, “This enormous seismic acquisition program was challenging to initiate but this first portion has produced a tremendous result. The increased size of the program is a testament to the results achieved so far.  The first portion of the larger seismic program has been completed and the upcoming second portion is underway in the field. When this data is acquired and combined with an imminent water well analysis, aeromagnetic and gravity surveys, we will be able to confidently choose drilling locations based on solid science and the analysis of almost every available technology. I am thrilled by the idea of putting drilling locations on the map and advancing Global to a testing and producing phase, which we fully intend to do in 2022.”

In addition to this significantly large seismic study, during the next month, the Company is planning on conducting a water well analysis on many prospective targets in the US and Canada. For this analysis, the Company will study hundreds of well water chemical analyses to find concentrations of highly mobile and evaporative helium, which may be indicative of helium migration from deeper targets. The well water analysis is expected to be augmented with the aeromagnetic and gravity survey work that the Company has also commissioned (see October 19, 2021 news release). A full geophysical and geochemical model is expected to produce viable drilling locations in mid-2022.

Siemens added, “I remind shareholders of our near-term strategic priorities: (i) expanding our Saskatchewan land holdings in Canada, (ii) using geophysical and other technologies to evaluate our land base and advance to the drill stage, and (iii) identification and capture of new, major prospects in the United States.”

Helium and nitrogen are both zero carbon, inert, non-combustible gases.

Core Area One encompasses over 835,000 acres and is northeast of Swift Current, home to Saskatchewan’s original helium production facility.

Core Area Two encompasses 425,000 acres and is in south-central Saskatchewan, approximately 150 km south of Regina, where there are multiple stratigraphic formations and helium targets.

Core Area Three encompasses 275,000 acres and is on the Canadian side of the Montana/Saskatchewan border. 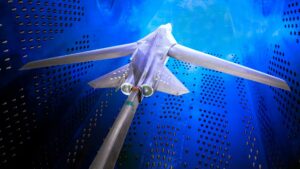 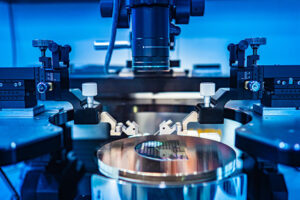 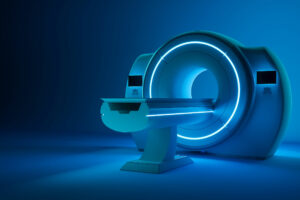